Why teenage sleep is so important for mental health

Teenagers can sometimes struggle to get out of bed in the morning – but ensuring they get enough sleep could be vital for health in later life.

It’s late morning and the teenagers in the house are still fast asleep long after you've got up. Should you rush upstairs and pull them out of bed by their feet? It may be tempting, but the answer is probably no. The evidence is mounting that sleep in adolescence is important for current and future mental health.

It should come as no surprise that a serious lack of sleep, or seriously disturbed sleep, is one of the most common symptoms of depression among adolescents. After all, however tired you might feel, it's hard to drop off if you're wracked with doubts or worries. This is true for adults too, with 92% of people with depression complaining of sleep difficulties.

What is perhaps less intuitive is that, for some, problems with sleeping might start before the depression, raising the risk of mental health problems in the future. Does this mean that sleep in teenagers should be taken more seriously? And can it lower the risk of depression later? 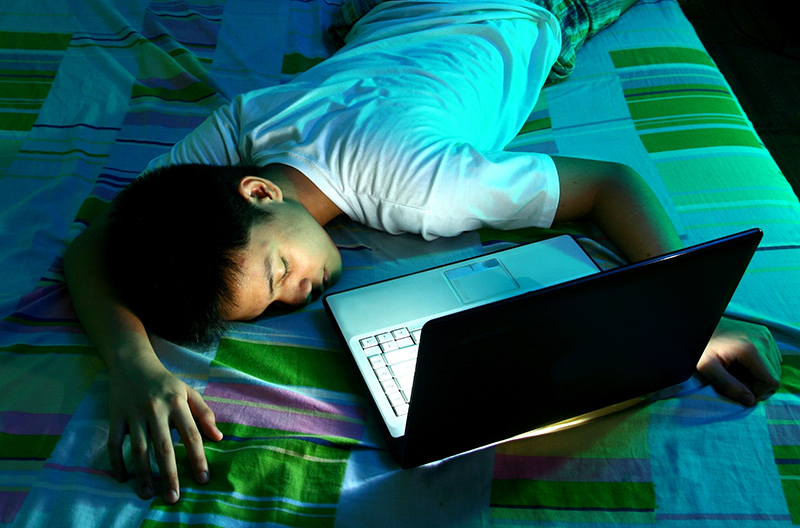 In a study published in 2020, Faith Orchard, a psychologist at the University of Sussex, examined the data from a large group of teenagers followed from the age of 15 to 24. Those who reported sleeping badly at the age of 15, but didn't have depression or anxiety at the time, were more likely than their peers to be experiencing anxiety or depression when they reached 17, 21 or 24 years of age.

With adults too, sleep problems can be a predictor of future depression. A meta-analysis of 34 studies, which between them followed 150,000 people over a period of between three months and 34 years, found that if people had sleep problems, their relative risk of suffering depression later in life doubled. Of course, it doesn't follow that everyone with insomnia is going to develop depression later on. Most people won't. The last thing that people with insomnia need of course, is the worry about what might happen to them in the future.

But you can see why in some cases poor sleep might contribute to poor mental health. A deficit of sleep has well-established negative effects on us, including a tendency to withdraw from friends and family, a lack of motivation and increased irritability, all of which can affect the quality of a person's relationships, putting them at greater risk of depression. On top of that there are biological factors to consider. A lack of sleep can lead to increased inflammation in the body, which has been implicated in mental health difficulties.

Researchers are now examining the relationship between sleep disorders and other mental health conditions. The eminent Oxford University neuroscientist Russell Foster has found that this link doesn't only occur in depression. Disruption to circadian rhythms – the natural sleep-wake cycle – is not uncommon among people with bipolar disorder or schizophrenia. In some cases, the body clock can become so out of sync that people find themselves awake all night and asleep during the day.

Even when mental health problems precede disrupted sleep, the lack of sleep might exacerbate a person's difficulties.

His colleague, the clinical psychologist Daniel Freeman, has called for sleep problems to be given a higher priority within mental health care. Because they are common across different diagnoses, they don't tend to be viewed as central to a particular condition. He feels they are sometimes neglected, when they could be tackled.

Even when mental health problems precede disrupted sleep, the lack of sleep might exacerbate a person's difficulties. After all, just one night of sleep deprivation has a well-established negative impact on mood and thinking.

The complex relationship between sleep and mental health is further reinforced by the finding that if you treat depression, the problems with sleep don't all disappear. It's easy to see how psychological treatments which help people reduce ruminating over negative thoughts could also result in them falling asleep more easily. But in 2020 Shirley Reynolds, a clinical psychologist at Reading University, and her team trialled three different psychological treatments for depression. They worked equally well in reducing depression, but only sorted out the sleep problems for half of the participants. For the other half, the insomnia persisted, suggesting it was independent of their depression and needed to be addressed separately.

That said, problems sleeping and mental health difficulties can stem from the same causes. Traumatic or negative events, for example. Or excessive rumination or various genetic factors. Genes involved in serotonin pathways and dopamine functioning have been shown to be factors in both poor sleep and depression, as have the genes which influence a person's circadian clock.

It's also possible that a lack of sleep is not so much a cause of later depression, but more of an early warning signal. The worrying that stops you dropping off can in some cases be a first symptom of more serious mental health issues to come. 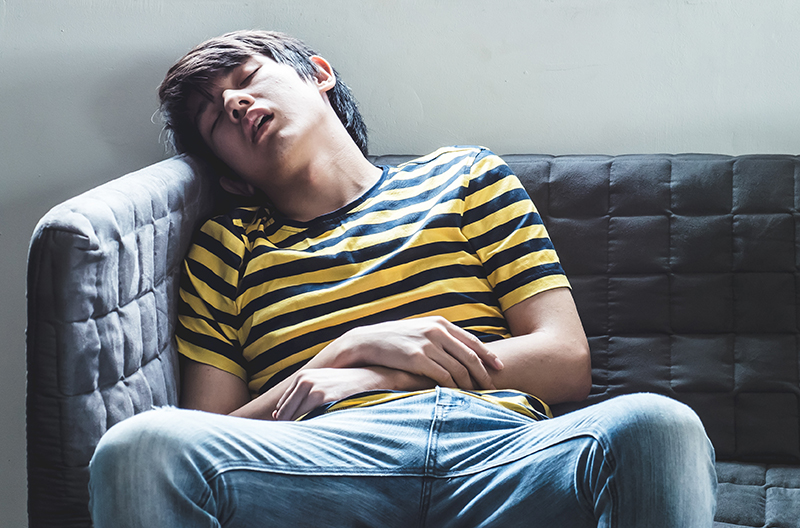 Foster is convinced that from a biological perspective, the best way to disentangle the web of correlation and causation is by studying the impact that disruption of circadian rhythms could be having on the brain. He says we need to look at the complex interactions between multiple genes, brain regions and neurotransmitters to understand what's happening.

So perhaps persistent issues with sleep need to be taken more seriously in teenagers and adults. Sleep interventions are straightforward, and in some cases successful. What is already clear, from a meta-analysis of 49 studies, is that tackling poor sleep among those with insomnia, who are already experiencing symptoms of depression, not only helps them sleep better but also reduces the depression.

The large Oasis trial led by Daniel Freeman across 26 universities in the UK found that digital cognitive behavioural therapy for students with insomnia, not only helped them to sleep, but reduced the occurrence of hallucinations and paranoia, symptoms of psychosis.

The million-dollar question is whether sleep interventions could even prevent mental health problems down the line. To answer this, large-scale, long-term trials would be needed. One advantage of earlier and better interventions to prevent poor sleep – both for itself and to potentially reduce wider mental health problems – is that there is less stigma surrounding insomnia, so it might prove easier to persuade people to come forward for treatment.

Getting better sleep won't on its own solve the mental health crisis, of course

In the meantime, anyone who has trouble sleeping can try the techniques shown to be most effective: ensuring you get enough light during the day (in the morning for most people); not napping for longer than 20 minutes; not eating or exercising or drinking caffeine late in the evening; avoid reading your emails or discussing stressful topics in bed; keeping the bedroom cool, quiet and dark; and trying to get up and go to bed at the same time each day.

Getting better sleep won't on its own solve the mental health crisis, of course. But could it make a difference in the long run? Even if it doesn't, as sleepy teenagers know, even for its own sake, there's nothing better a good night's sleep.